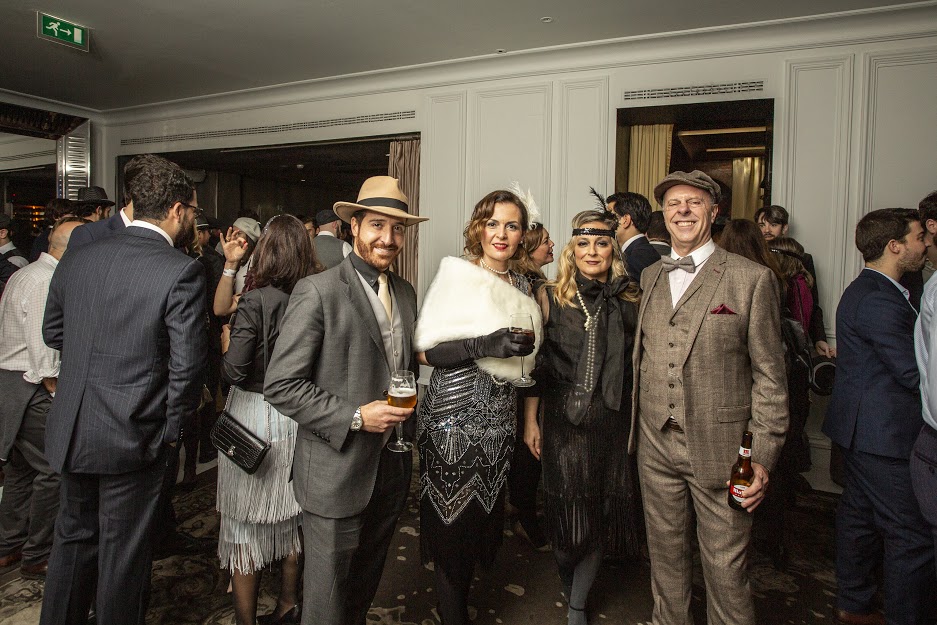 As has become traditional in HipoGes, on December 13th and 20th in Valencia and Madrid respectively, the Christmas dinners of HipoGes’ offices in Spain were held.

The place chosen to hold the dinner was Convent Carmen. For over 400 years, this emblematic building was formerly convent in Valencia and it has now been transformed into a space that offers leisure, cultural and gastronomic experiences.

In total, 100 people (18 from Madrid’s office) gathered in this unique venue to enjoy a cheerful evening with the team outside the office.

The theme of the party brought us back to the 1920’s, a very popular theme that had a great adherence from the guests who dressed thoroughly, along with some accessories available in the party.

During the dinner the winners of the HipoGes Awards were revealed. Voted by all colleagues, this year the winners were those who best represented each HipoGes’ value: Trust, Commitment, Transparency and Ambition. In addition, special prizes were also awarded in other categories.

Guadi Gómez (Administration) and Juanmi Ribes (Real Estate) were in charge of presenting the awards. The winners in each category were:

The biggest dinner of all was held in Madrid. A total of 293 people attended, 17 of whom were colleagues from Lisbon’s office, 4 were from Valencia and 1 from Oporto.

The venue chosen for the event was the Ramsés restaurant. Located between Serrano and Retiro in Madrid, this prestigious restaurant with different areas and gastronomic offerings is one of the biggest references for leisure and gastronomic experiences in the Spanish capital.

Thanks to the theme, the dinner was attended by hundreds of “Gangsters”. Once again, all the guests made an effort to adapt to the theme, which turned out to be a success.

As in Valencia, the winners in different categories of HipoGes Awards were revealed. Laura Martin (HR) and Alejandro Briceño (Corporate) were once again the presenters of the awards, which announced the following results:

Rafael Arias (Finance). This category awarded the person most committed to follow the good LinkedIn practices communicated by HipoGes, as well as the use of corporate material in the profile.

José Manuel Janeiro (Retail Loans). The award applied to the person who interacted most with the content published in HipoGes’ LinkedIn.

Natalia Espósito (Retail Loans). Natalia was the one who was most involved in CSR actions organized by the company throughout the year.

Juan Miguel Alonso (Corporate Loans). Juan Miguel was elected by his colleagues as the best trainer in the courses run by employees for the other team members.

The most effective recommendations:

Jorge Antón (Corporate Loans). Jorge won this award that recognizes him as the person who made the most recommendations for open positions at HipoGes and which turned out to be quite relevant.

During the events, Claudio Panunzio and Hugo Velez gave a speech to congratulate everyone for the great year of growth and consolidation in HipoGes, focusing on the company’s human resources that make this project possible.

We want to take this opportunity to thank all the people who organized these dinners and made these two events a success.

How was last year’s event? Click to know more.

HipoGes Participates in the NPL Conference in Madrid.