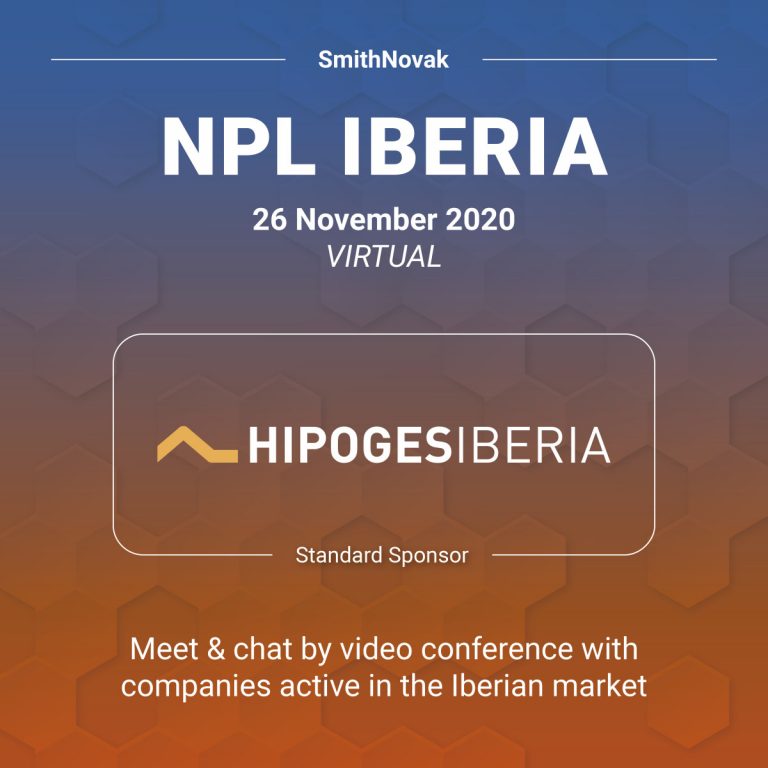 It was on 26th of November that HipoGes had the pleasure of being present at the most recent SmithNovak event, entitled NPL Iberia 2020. As has been the case, the event took on a virtual format, with several members of HipoGes as delegates present.

The event, which featured HipoGes’ Standard Sponsorship, had as its motto the analysis of the current Iberian NPL market. One of the introductory issues was the fact that next year is expected to bring a large wave of NPL transactions. Thus, the discussion is launched about the next steps to take, both in the Spanish and Portuguese markets.

In addition to the sponsorship, HipoGes also had its presence marked by its General Manager & Partner, Hugo Velez, who shared his reflection and experience, as a speaker in “Block 4 – Focus on Portugal”, a panel focused on the Portuguese NPL market.

Our General Manager discussed with other important figures in the financial sector about various issues related to this topic. In particular, the question of how the Portuguese financial crisis impacted the Portuguese Credit Market was discussed, to which Hugo Velez responded by stating that Covid-19 has accelerated the natural process of investors seeking to leave their positions and, as such, a very active Secondary market emerges. “This will have major implications for the market in general.”  explains our General Manager & Partner.

Other issues were addressed, such as, how is it possible to make an analysis on what will happen after the end of the debt moratoria. The theme surrounding the Portuguese economical and financial crisis wasn’t just focused on the impact on the Portuguese Credit Market, as it was also discussed how it influences the performance of Servicing’s portfolios.

The discussion between Hugo Velez and the other panelists finished with a talk on the issues related to what can be expected of the financial market and Servicing in Portugal, as well as the NPL market and what are the main challenges that are to come. “In 2021, both in Portugal and Spain, a true Secondary Market will finally develop“, said Hugo Velez in his exhibition. 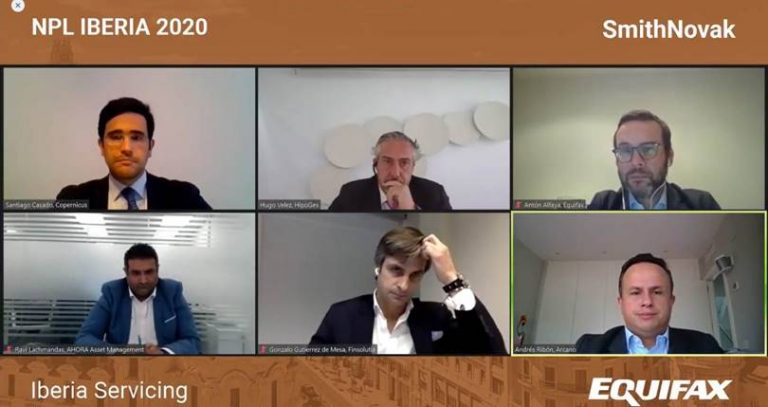 Another successful event that had 260 delegates from more than 100 countries, the highest percentage came from Spain (56%), immediately followed by Portugal (24%).

There were 29 speakers who shared their professional experiences, in an in-depth analysis of the Iberian NPL market, as well as several key figures from HipoGes who were present as delegates.

The sector with the highest presence at the event was Servicing (25%), followed by the Investment sector (23%), leaving the Banking sector (13%) to third place.

To find out more about the event, visit the official NPL Iberia 2020 event platform by SmithNovak.