The Magic of Christmas 2022 Initiative: Hipoges is Once More Solidary 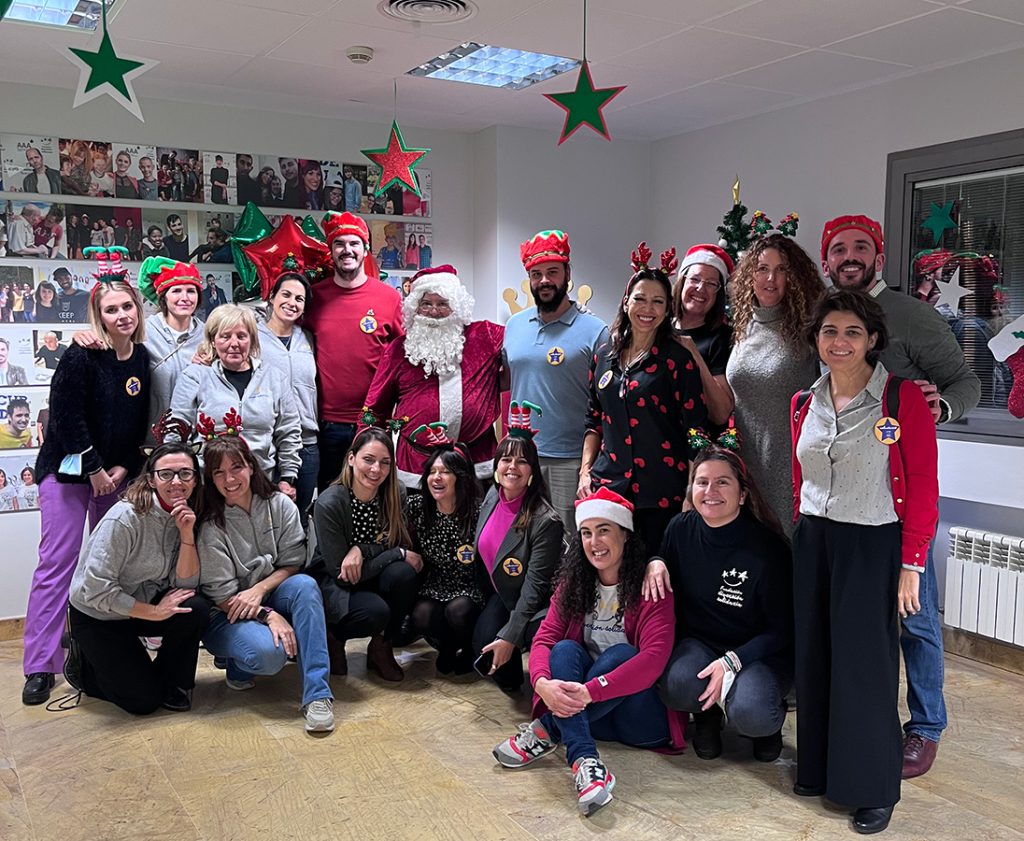 The Magic of Christmas 2022 Initiative: Hipoges is Once More Solidary

With Christmas time right around the corner, and as demanded by tradition, Hipoges shows once again its solidarity through its initiative the Magic of Christmas 2022, offering gifts to children at risk of social exclusion. This Christmas, Hipoges collaborated again with AMI (in Portugal) and Fundación Diversión Solidária (in Spain), bringing smiles to the little ones who need it most.

It is not the first time that Hipoges has participated inthis solidarity initiative for Christmas, and does so again through its team in Portugal. The action was made the name of “Miminhos Campaign“, organized by the AMI association. In Portugal the record was set and among the Portuguese teams of Lisbon and Porto Hipoges gathered more than 220 gifts that will undoubtedly make many children happy.

The initiative occurred very simply, in which in the Portuguese offices, raffles were provided randomly, where it would be the age and gender of a child for whom the gift would be bought. Then, those presents were gathered and handed over to AMI, which then gives them to children at risk of social exclusion, children and young people with ages between 0 and 18 years old.

The Director of Human Resources in Portugal, Anabela Semedo, considers that “the Christmas season reminds us of family, friends, love, empathy and warmth. It is also a great time to reflect and become aware that not everyone has the privilege of living in an environment with all these “luxuries”. And it is with this awareness that, in Hipoges, we make a point of each year coming together to support this cause that is so close to our hearts and bring a little of this family and love to children at risk of social exclusion which, we must not forget, are our future of tomorrow.”

The Spanish Hipoges team (coming from the cities of Madrid, Valencia and Barcelona) were  also able to voluntarily collaborate on this initiative, which at the same time is as beautiful as necessary.  In total, more than 130 gifts were offered to the Fundación Diversión Solidaria and distributed later with the help of some employees.

In the offices of Spain, all those who wanted to participate received a letter from a child written by them or their mother to Santa Claus, letting Santa know which gifts they wanted to receive the most at Christmas. In this way, it was possible to offer gifts in line with the tastes of each boy or girl.

As our Director of Human Resources in Spain, Juan Neble, states, “In the rights of the child, there is one that stands out especially at Christmas time: the right to play. At Hipoges we are aware of this fundamental right and we take on solidarity to make it happen. Our team “dressed up” as volunteers to support this Christmas.”  He adds, as a reflection, “more than one time, our team has shown its more supportive side so that children at risk of social exclusion have a good Christmas. It’s wonderful to be able to share the day-to-day alongside such a solidary team and so full of fantastic volunteers.“

This year Hipoges wanted to go further and this time a group of volunteers from different departments of the company presented themselves as “Santa’s little helpers” a few days before the celebration of Christmas and went to help deliver gifts to the children at Fundación Diversión Solidaria.

Discover other Corporate Social Responsibility (CSR) actions in which Hipoges has participated.

5th Annual NPL Iberia: The Last Event of the Season